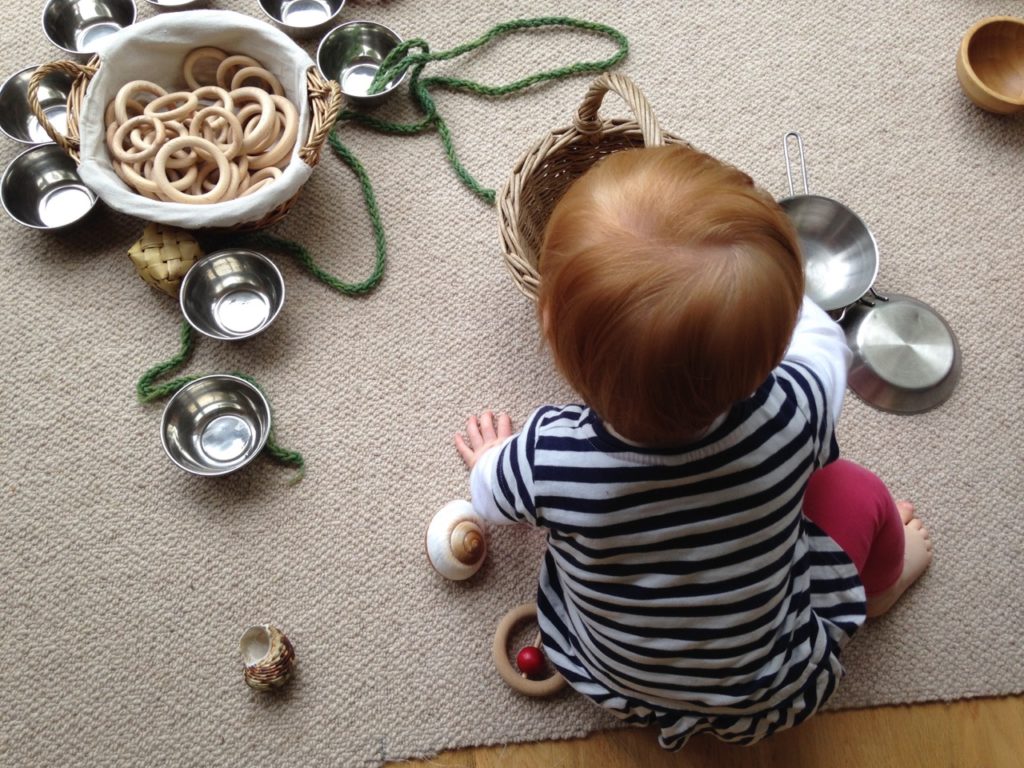 Are you the sort of parent who gets inspired by children’s play? You’re drawn in because you enjoy building, story-making and improvising.

Or is it that, secretly, toddler games bore you, but you join in – because parents should play with their children?

Or you play because your child begs you to play with her?

And you’re snatching five minutes here and there – when he’s engrossed – to catch up on emails, cook the pasta or fit the dishes into the dishwasher.

So what’s going on here?

Let’s back up a bit.

We assume that children benefit when we play with them.

That they need our involvement.

That playing together is quality time together.

But is this true?

Call to mind a time – it’s going to be at least a decade or two ago – when you got lost in play. You know, that magical feeling when you’re under a bush, playing shipwreck? Or you’re in your room, playing schools or hospitals. I remember sliding through a warren of burrows a friend and I dug in a stable, person-deep in hay. We were rabbits, badgers, creatures of every kind. We were transported to another world.

Take a moment to remember.

Now, did adults join in?

If they had, would they have added to your game?

Perhaps your children are younger than you were when you were playing shipwreck.

Nevertheless, I’m going to say it:

Whatever age your child is, you don’t need to play with him.

Ok, I’m going to give you a few reasons why. Then I’ll paint a picture of what you can do instead.

1) During play, children do exactly what their inner compass tells them they need to do.

Your toddler takes a ball and squeezes it, turns it, throws it and watches it bounce. She may have done it a thousand times before. But she’s doing it again because it’s something she needs to do.

When we honour her choice, by staying out of the play, she gets to stay on track. She gets to do exactly what she chooses to do in that moment.

Why is this important?

Play is the only time children can freely choose what to do. They choose whether it’s going to be a rattle, a bowl or a ball. When children choose they have to check in with themselves. This may take place in a split second, but it’s happening. They are connecting with their inner knowing. That’s why this opportunity to choose is so important.

As someone who struggled for a long time to make choices, I know how valuable it is to be in touch with my inner knowing.

At other times of day children don’t get much choice. They have to fit in with adult plans or meet the needs of their bodies to be clean, fed and rested.

When we get involved in their play, we subtly disrupt this process of choosing.

We may not mean to, but we do.

That may sound far-fetched, but look at it like this: Your child loves you to the stars and back. So when you pick up the toy teacup and sip, it’s mesmerising for your child. Your child will want to please you and do the same. You can share a nice moment. (And I’m not saying you should never do this, by the way!)

BUT when you do this, you can subtly convey that what they were doing before you picked up the cup, e.g. watching that ball’s trajectory for the umpteenth time, isn’t as good as what you show them.

You don’t want to suggest this.

But it’s hard not to.

That’s one reason why Emmi Pikler, when she set up Lóczy, her residential children’s home for orphaned infants in Budapest, insisted that the babies were allowed complete freedom of movement and play. The babies were trusted to unfold their movement and play abilities for themselves, supported by the warm, reassuring presence of the caregivers. The caregivers built secure one-to-one relationships with the children at other times, for example during feeding and nappy-changing. By allowing children to discover their own play, they indirectly gave the children the message, “What you are doing is enough. What you are doing is good.”

These children thrived and grew without attachment difficulties.

3) During self-directed play children make their own discoveries.

Last week a little girl was rolling balls down a ramp in my parent and child group, Joyful Explorers. Another little girl, quite a few months younger, watched entranced and tried for herself. She placed the balls next to the ramp, however, and they did not roll. She frowned and her movements became more agitated. Over time, by trying this and trying that, she will work it out. This knowledge will be deeply embedded in her own experience. And not only the knowledge will be there, but something else – and this bit is important: She will have experienced that she can, though her own research, come up with answers to her own questions.

She will have learnt how to learn.

“It is essential that the child discovers things for himself as much as possible. If we help him to solve every problem, we deprive him of exactly that which is most important for his cognitive development.”  ~ Dr. Emmi Pikler

This is all not to say that your child doesn’t need you when she’s playing. Because she does.

She needs you to:

Giving her your attention without asking for hers is such a gift. Where did we get the idea that we continuously need to interact to be connected?  I don’t know for how many summers I called out to my mother at the swimming pool, over all the other calling children, “Mummy, look at me dive.”

Children long to be seen.

So, by all means, watch your child play.

Why not get yourself a cup of tea and make yourself comfortable? Sit back – not only outwardly, but inwardly too. Trust your child to find his way. If he is very used to having you as a play companion, you may need to go slowly. Think baby steps. Be warm, responsive and always loving. Tell your child how much you enjoy watching. Confirm that you are there for him.

Observing your child at play is an opportunity to be mindfully present for your child, while relaxing, recuperating and enjoying.

At the same time you are giving your child a very special gift: the gift of his own discovery.

Why not try it?